Be the first to know when we launch in your area (and maybe get us there faster) by adding your details to our waitlist.
Nice one- we'll let you know when we're rocking into your neighbourhood!
Oops! Something went wrong while submitting the form.
close
Login
Join Amber
Join waitlist

Tech @ Amber: It all started with a very large AWS bill...

There comes a time in every young startup’s life (usually when the free credits that you scooped up from your accelerator program run out) when you discover you’ve accidentally run up a giant infra bill and you have no idea why.

In December 2020 our DynamoDB bill increased fivefold to $5k USD.

The pattern of the increase in cost was strange. As you can see in the chart above, there was a steady increase from mid-December, a steep drop-off in mid-January, followed by another steep increase.

While our customer base was growing each month, our DynamoDB costs were anything but linear. What was going on?

Barking up the wrong tree

At the beginning of my investigation I noticed that the mid-December inflection point coincided with the soft-release of a very popular feature: custom price notifications. This feature allows users to get a push notification whenever the wholesale price of energy passes a threshold they choose.

Although we hadn't publicly promoted the feature our customers steadily started to discover it and use it. I wondered if our exploding DynamoDB costs might be related to scaling issues with this feature.
‍

My investigation revealed an issue with this architecture. New prices are published every 5 minutes, and as more users opted into the feature, the lambda could no longer complete all the devices before new 5 minute prices were published. Writes to the database were also being throttled.

We re-architected away from this problem, delegating the work to queues which allowed the work to be performed concurrently.

Meanwhile, writes to our demand-response table had been steadily increasing since mid-December. This didn't account for the sharp drop-off in DynamoDB costs in mid-January, but it seemed like a potential culprit.

As wholesale prices are normally lower than the thresholds customers set, the majority of writes to the database were a record that no notifications had been sent. We mainly used these for occasional debugging. Since good logs should serve the same purpose, we decided to only write to the database when a notification had actually been sent.

This adjustment reduced the writes to the database (and cost) by a bit, but it wasn’t enough to account for the sharp increase in our DynamoDB costs on its own.

As we can see from the below graph of costs associated with the demand-response table, the change took effect on the 10th of February. We decided to keep the change, but it didn’t address the root cause of our problem.
‍

The above graph shows the four tables accessible to CloudWatch Metrics Explorer. You can see that writes to the customer-details table peaked at around the same time as we’d reduced writes to demand-response, which could have been hiding any gains we'd made. The costs associated with the customer-details table had the opposite pattern to our bills: a mid-month peak and then a gradual taper off.
‍

We wondered if there was a business reason for this pattern. I checked with our marketing team to see if there were any mid-month customer acquisition pushes that could explain the pattern, but our customer acquisition is fairly consistent. If anything, we acquire more customers at the beginning of the month.

I started trying to cost what I was seeing. How much should a customer, or a SmartShift™ device cost us? (SmartShift™ is technology we’ve developed to automatically optimise run times for home appliances based on the wholesale price of energy.) And while I didn't get to an exact figure, I realised that our costs per customer should be much lower than what was reflected on our bill.

The CloudWatch Metrics Explorer is great for creating multiple graphs to look at, but can only access tagged resources. I called another member of Amber’s engineering team, Kent, to try to determine the cost of a SmartShift™ device. We decided that couldn't be the culprit. Kent asked pointed questions about the investigation so far. Using the older CloudWatch metrics interface, we started overlaying additional tables and noticed that:

The usage table’s consumed WriteCapacityUnits had increased much faster than we’d acquired customers with actual usage to store. This unit consumption followed the same pattern as our bill in Cost Explorer: a gradual increase and a sharp mid-month cut off.
‍

So what had happened back in December 2020 to cause this change?

Customer usage data for the previous day usually arrives in the early hours of the morning. We would store a cursor on the customer-details table containing the last valid date for which we have usage. A cron job would run every half hour and do the following:

Unfortunately, some customers’ usage was often published out of chronological order.

In December I pushed a change to the way we calculate the cursor date. If we got fewer valid days than we requested, we would not update the cursor.

In the example above we requested 3 days of usage data but only received 2. We would leave the cursor date as the 10th, and try to fetch the data again later in the day. When the usage data for the 10th was eventually published we’d request data for 10th, 11th and 12th, hopefully receive 3 days worth of data, and update the cursor to the 12th.

We also decided that if the cursor date was more than 30 days ago, we would update the cursor to the last valid usage date (sometimes there are gaps in usage that are never properly filled).

This change worked very well for the two customers who frequently experienced this problem. It also worked on the few accounts I spot checked. Unfortunately, those accounts all had one thing in common; they only had one meter channel. Many customers actually have multiple meter channels - with additional channels being used for solar or controlled load.

When fetching the previous day's data for a customer with three meters, we would get three days of valid usage (one for each meter). The code would check whether we got the expected number of days (1) and then wouldn’t update the cursor because we’d received three days of usage data instead.

By the time we'd gotten to 30 days, the code would assume an un-fillable gap in usage, and reset the cursor to the last valid usage day fetched. This is what caused the mid-month drop off, and then gradual increase.

After the investigation the fix itself was quite straightforward: we needed to divide the number of valid usage days by the number of meters before checking whether we got the number of days we expected. And several days on, our costs and consumed WriteCapacityUnits looked a lot more normal.
‍

All in all, this was a lesson in not letting preconceived ideas guide an investigation too much, as the custom notifications feature was not to blame.

This was also a lesson in making sure that our explanation fit all observations, as user adoption of the custom notifications feature didn’t have the same ramp up and drop-off that usage did. 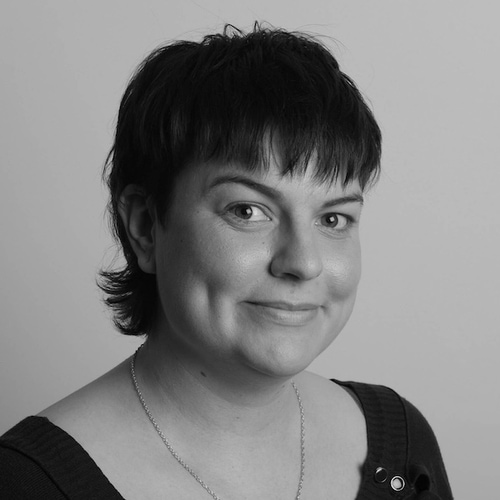 Our customers ❤️ us 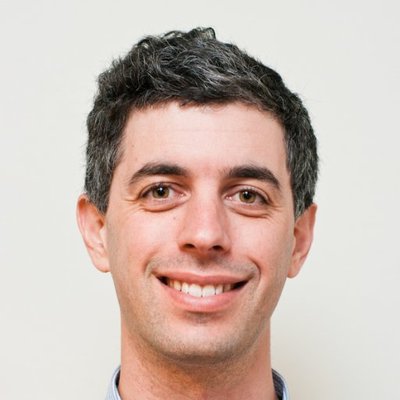 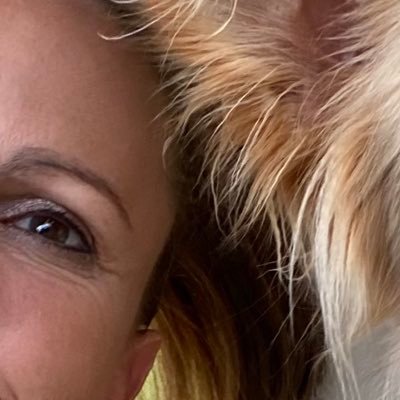 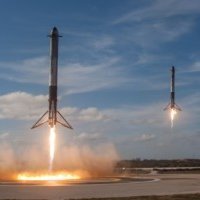 Keran McKenzie
@keranm
The delight when you hit up https://www.amberelectric.com.au/ and @chrisfromamber is your personal "Help" on the site! #winning
Posted May 12, 2019 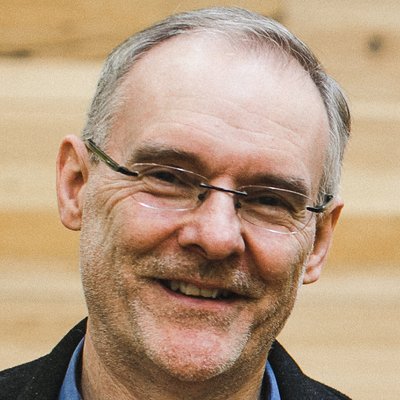 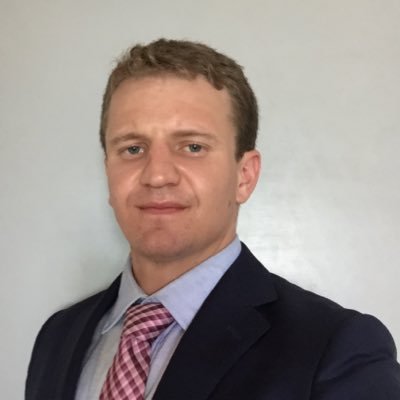 💧Kathie Stove
@KathieStove
I just received the smallest electricity bill I can remember thanks to Amber Electric and @chrisfromamber  It does help that as an obsessive I monitor https://aemo.com.au/Electricity/National-Electricity-Market-NEM/Data-dashboard… for the best times to wash and vacuum.
Posted Aug 13, 2019 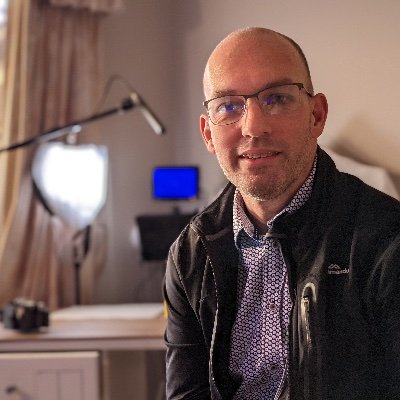 Russell Ivanovic
@rustyshelf
Tried out something new and switched power companies to Amber, who offer power at wholesale rates. 2 weeks in and the 40c a KW I was paying to Origin is now an average of 27c to Amber 😱https://www.amberelectric.com.au/
Posted May 8, 2019 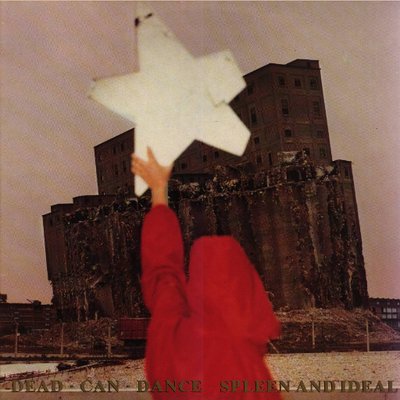 Dan van Tan
@danvan_tan
Amber is great! Paying on average about 17c/kWh, used to pay 24c on cheapest fixed price available. Yes surges sometimes happen, but you can track them in advance with the app & reduce usage. I'll never go back to fixed pricing.
Posted Jul 5, 2020

Guido Capone
@capone_guido
Chris thanks again for your review of my recent power bill and thanks for being honest ! Rare to find an honest electricity ‘retailer’ these days! Keep up the good work. (Please note - I am not being paid for this comment if that’s what people are thinking)
Posted Apr 1, 2019 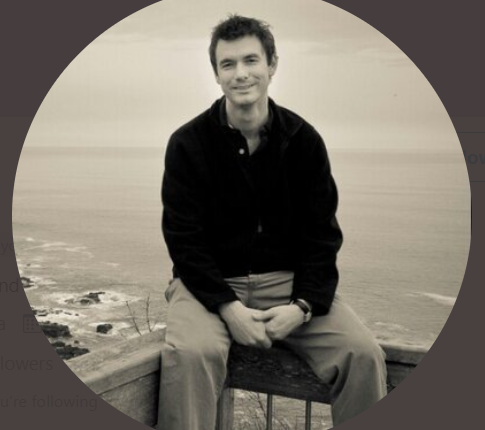 Peter Sherriff
@peter_sherriff
Just had our first bill and my spreadsheet was a bit wrong...  Turned out we saved even more than I calculated!  Thanks @AmberElectricAU - supporting a local cafe with breakfast out with my wife is courtesy of your prices...  :)
Posted Jun 15, 2020 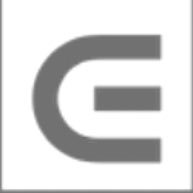 Sam Zacharopoulos
@SZacharopoulos
Is it time for a competition on who is able to achieve the lowest lifetime avg cost? @chrisfromamber ? Ill start and i know ill get beaten from south aus ppl especially (this is ue distribution / vic)
Posted Feb 12, 2021

💧simon holmes à court
@simonahac
i really like the amber product — i don't think it's for everyone, but if you can handle your bill fluctuating with market prices, you'll end up paying less than just about anywhere else.
Posted Jan 18, 2019

Keran McKenzie
@keranm
The delight when you hit up https://www.amberelectric.com.au/ and @chrisfromamber is your personal "Help" on the site! #winning
Posted Nov 11, 2018